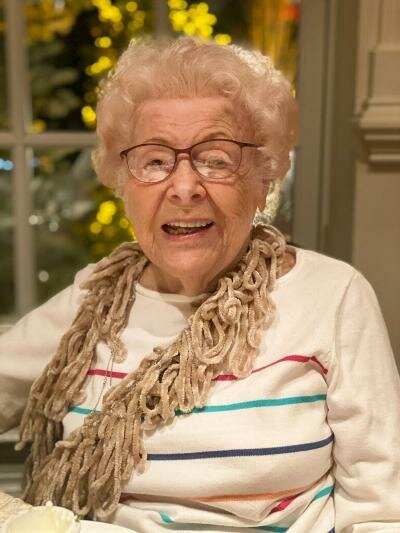 Katherine D. Garbaccio, age 94, of Haledon died Friday, July 29, 2022 at her home in Haledon.  Kay was born January 19, 1928 in North Haledon, N.J. She is the daughter of the late Frederick and the late Katherine (Kauer) Dietrich.

She began her bookkeeping career at Haledon National Bank in 1946 after graduating from Hawthorne High School.  She worked in the accounting industry for over twenty-five years.

She was predeceased by her beloved husband Louis A. Garbaccio in May of 1990 and her brother Walter Dietrich.

She is survived by her son: Louis J. Garbaccio and his wife Donna of Wyckoff, N.J. and her daughter: Janice A. Terlizzi of Morristown, NJ.  She is also survived by three granddaughters: Caitlin Stratton, Pamela Terlizzi, Ashley Garbaccio and one great grandson: Jordan Stratton.

The Funeral will be held 11:00am on Wednesday, August 3 at Deluccia-Lozito Funeral Home with Rev Donald DeGroat officiating. Burial will be in Laurel Grove Memorial Park, Totowa, N.J. www.delozito.com

Share Your Memory of
Katherine
Upload Your Memory View All Memories
Be the first to upload a memory!
Share A Memory