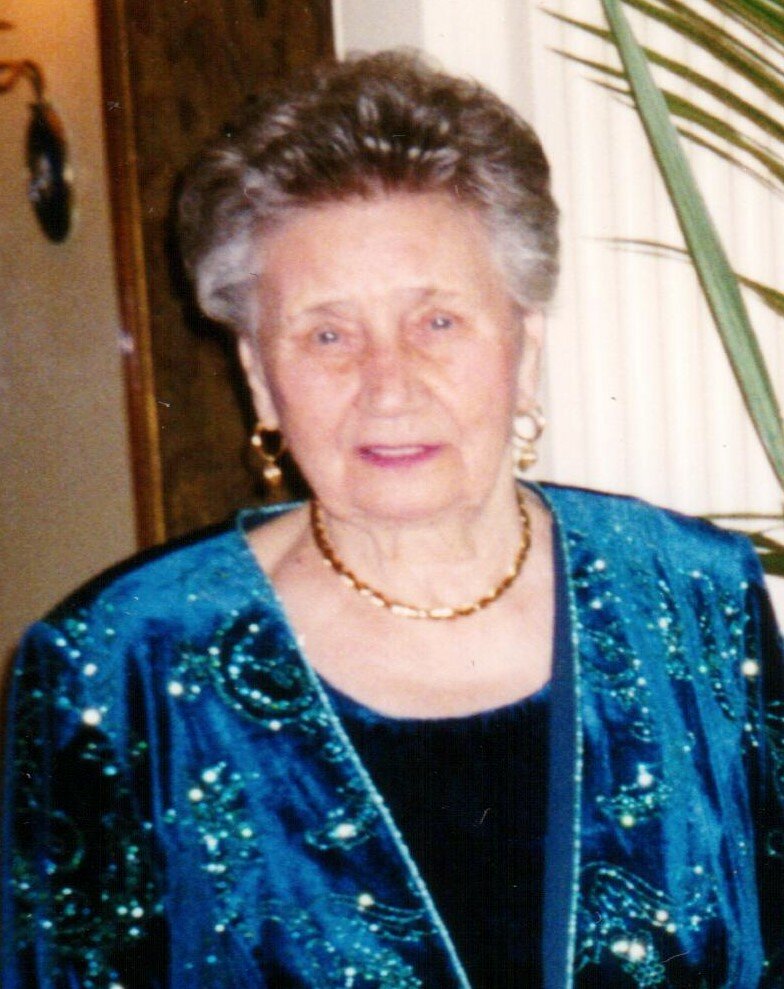 Please share a memory of Maria to include in a keepsake book for family and friends.
View Tribute Book

Maria Tolsthy, 99, passed away on April 12, 2022.  Maria was born January 7, 1923 in Kusminichen, Russia.  She was forced into labor at the age of 18 when Germany invaded Russia.  She was chosen by a nun to work as a cook in a catholic hospital.  She got married and lived with her husband in a displacement camp until World War II ended.  In 1948 she immigrated to Brazil with her husband and one child.  In 1958 the family immigrated to the United States and settled in Paterson, NJ.  She worked at Universal Corporation n Paterson for 32 years and retired in 1999.  She was predeceased by her husbands Nicolai Navalny and Sam Tolsthy.  She is survived by her children, Ludmilla Navalny, Irene Kaminski and her husband John and Sergio Navalny and his wife Lori.  She is also survived by her grandchildren, John Kaminski, Jr. and his wife Danielle, Mark Fulop and his wife Diana, Jennifer Navalny and Nikolas Navalny and her great grandchildren, Kendall and John Kaminski, III.  Funeral Service on Thursday at St. Michael's R.O. Church, Colfax Avenue, Wayne, NJ at 11 AM.  Interment, East Ridgelawn Cemetery, Clifton, NJ.  Visiting on Wednesday at DeLuccia-Lozito Funeral Home, 265 Belmont Avenue, Haledon, NJ from 6-8 PM with a Panichida at 7:30 PM.