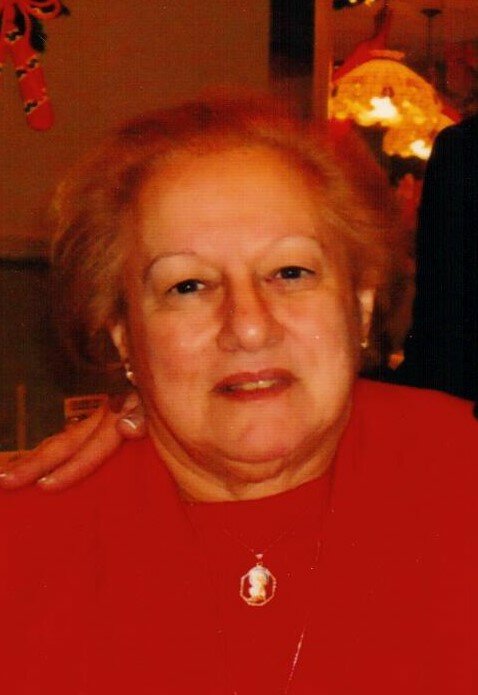 Please share a memory of Joann to include in a keepsake book for family and friends.
View Tribute Book

On January 4, 2022, Joann Fortunato passed away peacefully at age 77 after a brief illness with Parkinson's.  Joann was born in Paterson, NJ to Rae and James Maccharielli.

She married Vincent Fortunato on October 7, 1967 and moved to North Haledon, NJ where they raised their two daughters.  A loving wife and mother, she was a homemaker until her children were grown and then worked at Karina Hair Products in Oakland and World Paper in Hawthorne.  Joann is survived by her husband Vince Fortunato, daughters Kathy Kitchell and her husband Mike Kitchell of Buena, NJ  Maria Fortunato of  Wayne, NJ and her brother James Maccharielli and his wife Kathleen of Wyckoff, NJ.

Viewing will be held at DeLuccia-Lozito Funeral Home located at 265 Belmont Avenue, Haledon, NJ on Tuesday, January 11, 2022 from 4-8 PM.  Funeral Service on Wednesday, January 12, 2022 at 10:30 AM and will be laid to rest at Laurel Grove Memorial Park in Totowa, NJ.  In lieu of flowers, the family is asking anyone wishing to express remembrances be made in the form of a contributions to either the American Parkinson's Association or the Michael J. Fox Foundation.

Share Your Memory of
Joann
Upload Your Memory View All Memories
Be the first to upload a memory!
Share A Memory