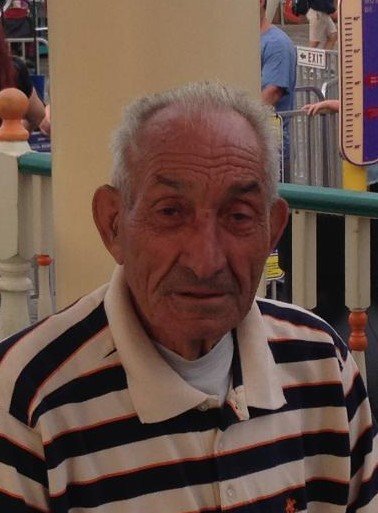 Please share a memory of Emanuele to include in a keepsake book for family and friends.
View Tribute Book

Emanuele Vinci, 88, of Haledon, NJ passed away on Wednesday, July 28, 2021.  He was born in Gela, Sicily, Italy and came to the United States in 1980 and settled in Haledon, NJ.  He was a dyer at Rainbow Dye Finishing, Inc. in Fair Lawn, NJ. He was a member of Dyers Local 1777 in Paterson, NJ.  Beloved husband of Maria Vinci (nee D'Aleo).  Devoted father of Emanuele Vinci and his wife Vincenza of Clifton, NJ, Carmelo Vinci and his wife Giulia of Woodland Park, NJ, Massimo Vinci of Riverdale, NJ, Carmela Lange and her husband Timothy of Exton, PA and Salvatore Vinci of Haledon.  Loving grandfather of Anthony,Michael, Jonathan, Briana, Emanuele, Anthony and Rebecca Vinci and Samuel and Henry Lange. Dear brother of Emanuela Pellegrino of Haledon and the late Angela Condorelli and Nunzio Greco. Funeral Service at DeLuccia-Lozito Funeral Home, 265 Belmont Avenue, Haledon, NJ on Monday at 9:30 AM.  Entombment, Holy Sepulchre Cemetery, Totowa, NJ.  Visiting on Sunday from 3-7 pm.  In lieu of flowers, donations to the family would be appreciated.

Share Your Memory of
Emanuele
Upload Your Memory View All Memories
Be the first to upload a memory!
Share A Memory