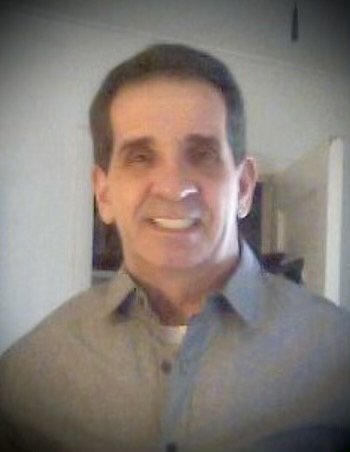 Dennis Michael DeLuccia, age 62, of Paterson passed away suddenly on Saturday, May 8, 2021. Born in Paterson, he was a life long city resident. Mr. DeLuccia was happily employed by FSR, Inc. of Little Falls for many years. He enjoyed spending time with his family, especially his siblings, watching his nieces and nephews grow. Like his father, he had a passion for gardening, having recently finished preparing the soil for this summer's crop of tomatoes, cucumbers, peppers, zucchini, broccoli and cabbage. Dennis embraced his Italian roots and was known for making the best meatballs for Sunday dinner. He was a talented guitarist, enjoyed fishing, playing the lottery and looked forward to the weekends, when he would spend one-on-one time with his father watching movies and television shows, enjoying each others company. Devoted son of the late Ernesto and Jean (nee McMellon) DeLuccia. Dear brother of John DeLuccia, Carmen DeLuccia and his wife Kristine and Judy Spatuzzi and her husband Randy. Loving Uncle of Geoffrey Curti and his wife Erika, Colby DeLuccia, Nicholas DeLuccia and Mandy Spatuzzi. Cherished Great-Uncle to Adrian, Solara, Jean and Jameson. Dennis also leaves behind his loving cat, “Red,” his family dog "Ginger,” and many Uncles, Aunts, cousins & friends. The family takes comfort in knowing Dennis is reunited with his parents, who he sorely missed. Services will be private at the request of the family. A Mass to celebrate Dennis’ life will be announced at a later date. In lieu of flowers, donations may be made to the ASPCA or a charity of your choice.

Share Your Memory of
Dennis
Upload Your Memory View All Memories
Be the first to upload a memory!
Share A Memory