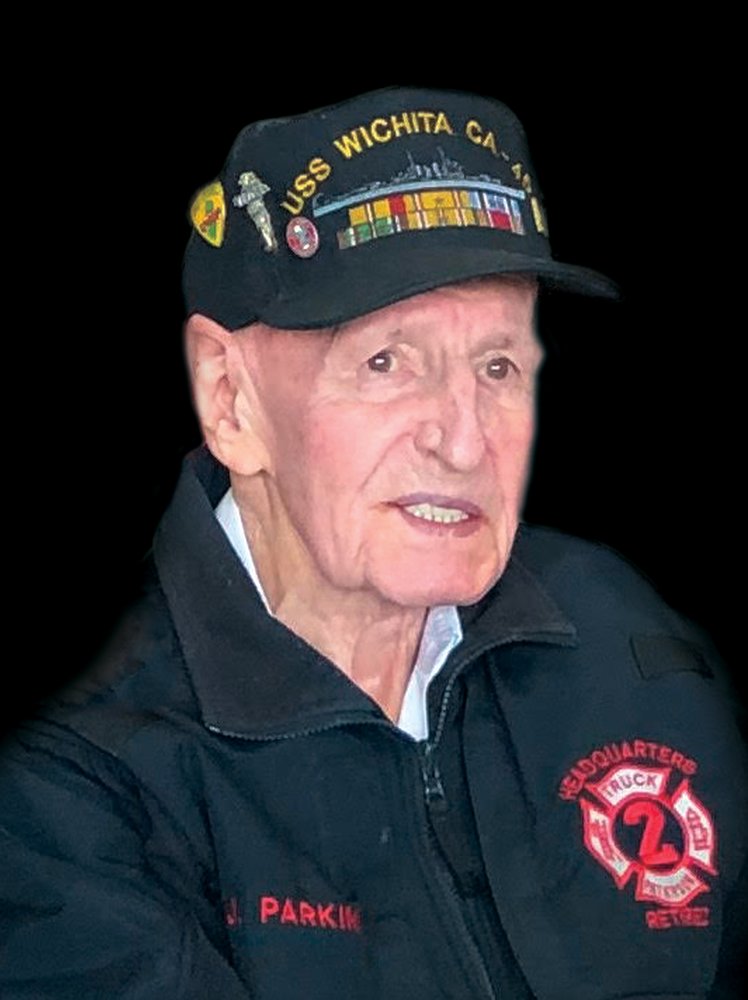 Please share a memory of Joseph to include in a keepsake book for family and friends.
View Tribute Book

Joseph Parkin, Sr., 95, of Paterson, NJ passed away on Monday, January 27, 2020 at the New Jersey Firemans Home in Boonton, NJ.   He was born in Paterson, NJ and lived there his entire life.  He was a Fireman for the City of Paterson where he served the city from 1957 until his retirement in 1982. He served in the United States Navy during World War II.  He was a member of F.M.B.A. Local No.2, Retired Paterson Firemans Association, The Bernard Armitage American Legion Post No. 360 in Paterson, Elks Lodge No. 2111 in Totowa, NJ and V.F.W. Post No. 7165 in Clifton.  He also was an avid bowler. Beloved husband of the late Gloria Parkin (nee Monti).  Devoted father of Joseph Parkin, Jr. of Oxford, NJ and Scott Parkin and his wife Lynne of Haledon, NJ.  Dear brother of the late Charles and Edward Parkin.  Loving grandfather of Erin, Christopher, Casey and Michael.  Funeral Service at DeLuccia-Lozito Funeral Home, 265 Belmont Avneue, Haledon, NJ on Friday at 10:30 AM.  Interment, Laurel Grove Memorial Park, Totowa, NJ.  Visiting on Thursday from 4-8 PM. In lieu of flowers, please make donations to the New Jersey Firemans Home, 565 Lathrop Avenue, Boonton, NJ 07005 would be appreciated.