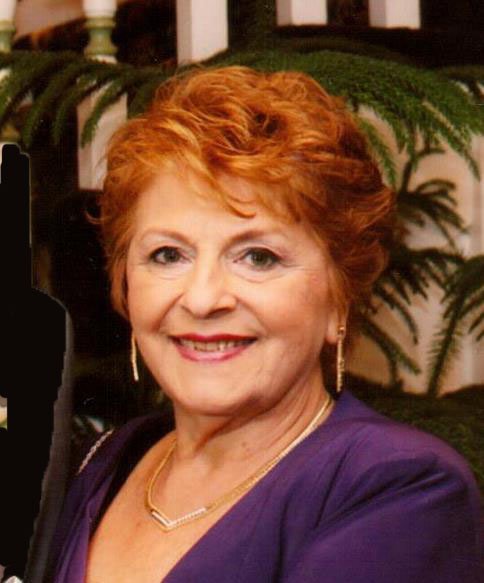 Born 7/3/1943 - 76 years old predeceased by her beloved husband Emilio Verrone of  who passed away 9 months ago.  They were married for 54 years.  Predeceased by her parents Giorgia and Giorgio Bella.

Passed away peacefully surrounded by her family after a long, hard, courageous battle with Multiple Myeloma.  She is survived by her beloved daughter Rosanna Verrone-Morse and her husband Ross of Hawthorne and her son Robert Verrone of Short Hills.  Seven beautiful grandchildren, Eric Ramirez, Alexandra Morse, Ryan Morse, Matthew Verrone, Daniel Verrone, Annie Verrone and Joseph Verrone.  She is also survived by her two sisters, Alba Vitale, her husband John and Emanuela Grave, her husband Giuseppe and a brother in , two brothers-in-law, Anthony Verrone and Nicholas Verrone and many godchildren, nieces, nephews and cousins.

Grace was born in the city of in , .  She came to when she was 17 years old and worked as a seamstress. She met her husband Emilio in 1963 while they were both attendants in a wedding party and were married on June 28,1964. They lived in until moving to permanently.  Grace was a devout Catholic and parishioner of 's Roman Catholic Church.  She was a homemaker who ALWAYS had dinner on the table every night.  She liked to cook, and was very experimental with "zucchini flowers".  When zucchini flower season was upon us every day you had the flowers cooked a different way.  When her children were grown she went back to work including Brooks Brothers, then worked at the Rag Shop where she sewed all the store samples for all the Rag Shops, there she met many friends and remained close friends for the rest of her life.  She enjoyed watching her son play soccer from rec league in and into his College years at Moravian.  She continued to watch her all her grandchildren play sports, etc.  Grace was devoted to her family and will be missed by many family members and friends.

Funeral from DeLuccia-Lozito Funeral Home, 265 Belmont Avenue, Haledon, NJ on Wednesday at 9 AM. Funeral Liturgy at St. Paul's R.C. Church, 286 Haledon Avenue, Prospect Park, NJ  at 10 AM.Interment, Holy Sepulchre, Totowa, NJ.  Visiting on Tuesday from 4-8 PM.  In lieu of flowers donations may be made to the Multiple Myeloma  Research Foundation .