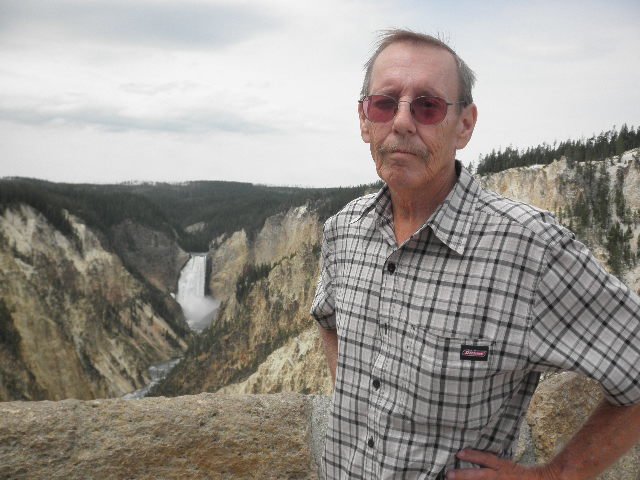 Geoff was born February 1, 1951 in Tucson, Arizona to Edmund and Jan Pope as their eldest child.  Geoff grew up in Manhattan Beach, California and was an avid adventurer and accomplished paleoanthropologist, earning a PhD in Anthropology from UC Berkeley.  He has lived in Indonesia, Korea, Taiwan, Thailand and several parts of the United States and was fluent in at least four languages, including Thai, Chinese and Indonesian.  He was a passionate teacher and a well-respected expert in early hominids in South East Asia and evolutionary biology.  His career in paleoanthropology spanned over four decades, with over 60 publications and numerous contributions to the field.

During his time in Thailand, he not only fell in love with the country and culture, but also his first wife Susan Walton from Australia, with whom he fathered his two children, Tom and Sarah.  Later, he met his second wife, Jannuan (aka Noi) while doing field work in Northern Thailand.  Geoff and Noi enjoyed traveling the United States National Parks and Thailand.  He had a particular fondness for the red rock country of southern Utah and Arizona. It was there on numerous family vacations that Geoff acquired a love for Navajo Indian culture and artifacts, which later spurred his interest and love of hominid evolution.  Beyond his obvious intellectual capability, Geoff was a gentle, kind and loyal person that cared deeply about his family and friends in his own way.  He loved to travel and sit in the mountains or by the rivers, where he was probably thinking of his next poem or research project while drinking his gin and bitter lemon.

While his passing was sudden, he survived throat cancer only to acquire leukemia. Whatever his life lacked in length was made up with interesting stories, rich experiences, love and many miles traveled.  He is survived by his two brothers, Matt and Noah Pope, sister, Angie Pope, first wife Susan Pope, their two children, Tom and Sarah Pope, his wife, Noi Pope, his step-daughters, Dara Mei and Giup Saardluan, his son-in-law, Bing Mei, and his three grandchildren, Dada Saardluan, Emilia Mei and Ethan Mei.

Condolences and interesting stories of Geoff may be sent to 180 Island Road, Mahwah, NJ 07430 or popegfossil@gmail.com

Share Your Memory of
Geoffrey
Upload Your Memory View All Memories
Be the first to upload a memory!
Share A Memory