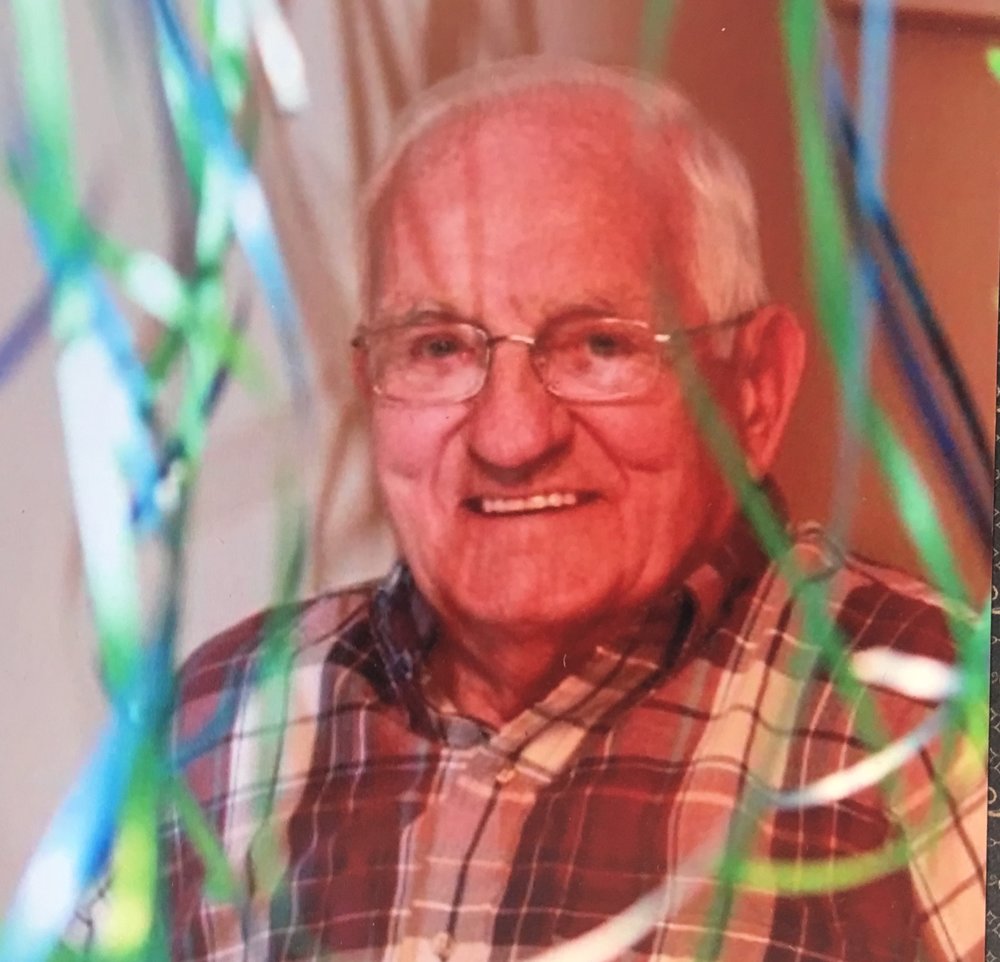 On Friday, January 4, 2019, Donald (Pop) Felix Pietkiewicz was called home to the Father. He was 91 years old.  His favorite line was, “  No one in my family lived this long. I cannot believe it.” Pop was born November 3, 1927 in Paterson, N.J. His parents were Felix and Catherine Pietkiewicz. He was one of seven children; Thomas, Paulina, Theodore, Victor, Helen, and Sabina. He married the love of his life, Antoinette Guarente ; they were married 56 years. He served in the United States Air Force as an airplane mechanic. Returning to the states, he became a plumber and started his own company, Pekay Plumbing. He lived most of his life in New Jersey but after the death of his wife, his son, Bruce, took him to live with him first in Charleston and then in Simpsonville, S.C. He is survived by his two children; Bruce Pietkiewicz and Donna Jacobsen and her husband, Daniel Jacobsen,Sr., five grandchildren: Catherine Pietkiewicz, William Pietkiewicz and his wife, Michelle; Lauren Dicerbo and her husband, Matthew; Candice Garrett and her husband, Ryan; and Daniel Jacobsen,II. He was also blessed with six great-grandchildren: Abel and Levi Garrett; James and Madeline Pietkiewicz; and Bellamy and Caulden DiCerbo.

Pop, was a man of great faith and great love. To him, family was everything and he always did anything he could to help others. Pop did not graduate high school, yet he read 4-5 novels a week, a past-time he acquired when he was in the Air Force waiting in the hangers for the planes to return. When his son Bruce, wanted to play baseball, there was no team for the Pee-Wees. SoPop and a couple of fathers started the league in Prospect Park, N.J. where he coached. He was a hands on father and grandfather always being involved in his children’s and grand-childrens’lives.

He will always be remembered for his hardly laugh, love of jokes, his faith, his obsessive disorder syndrome which made him a perfectionist, and his love and devotion. Thankfully, we have so many great memories that we cherish forever. At the end of a telephone conversation, we would say, ”We love you Pop.” And he would say, ”True love.” And that it was!

Share Your Memory of
Donald
Upload Your Memory View All Memories
Be the first to upload a memory!
Share A Memory